Well TT have set another challenge and it is 'anything goes' so we can let our imaginations run wild!!

For me I've gone with a Christmas theme as I just love the stamp 'Edwin with Santa mask'. So here are the details!

So for the card body itself I have used the KC basic cardstock in 'Mocha' and this is one of my fave colours to use! The big thing for me here was this was my first try at 'faux sewing' and I rather like the effect so need some practice.

For the background of the card I have used KC paper pad in 'Turtle Dove' this a very traditional collection and has some beautiful metallic papers which are the ones I have used.  I came in a little bit on each piece mainly so you could see the mocha cardstock. I used two spellbinders dies in this card. One as a background piece behind the image of Edwin. And the second was what Edwin was stamped on. I had some spare pieces of paper from the red layer so I cut a 'V' into two pieces at each end and mounted them on 3D tape so it looked like a present. I then used my bow maker and fashioned a red bow from the KC ribbon range. To finish this off I added a 'no peeking' tag to it and a two red pearls.

I then set to work on colouring Edwin. Here are his colours:

Now to add the red around Edwin you can do it two ways 1) Mask like I showed you in previous posts or 2) get a eye shadow applicator and dab into the ink, tap off on a spare piece of paper and then dab round- which way you do it is up to you.

After I finished colouring I added the fantastic 'Dimensional Magic' from Plaid as you  can see in the close up of Edwin it gives a ED effect to the image and adds light and depth. To Santa I then added some of the stickles 'Diamond' to make him sparkle. 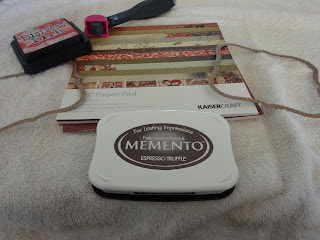 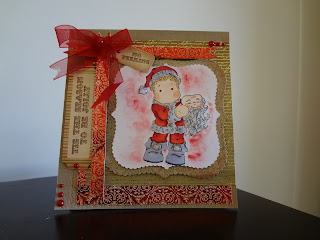 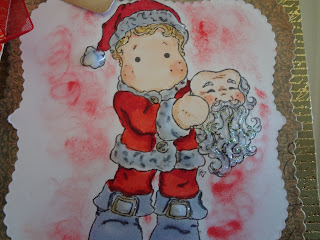 Thank you for taking the time to stop by my blog ! Really appreciate it! Any questions feel free to email me at - outbacklasswholovestoscrap12@gmail.com 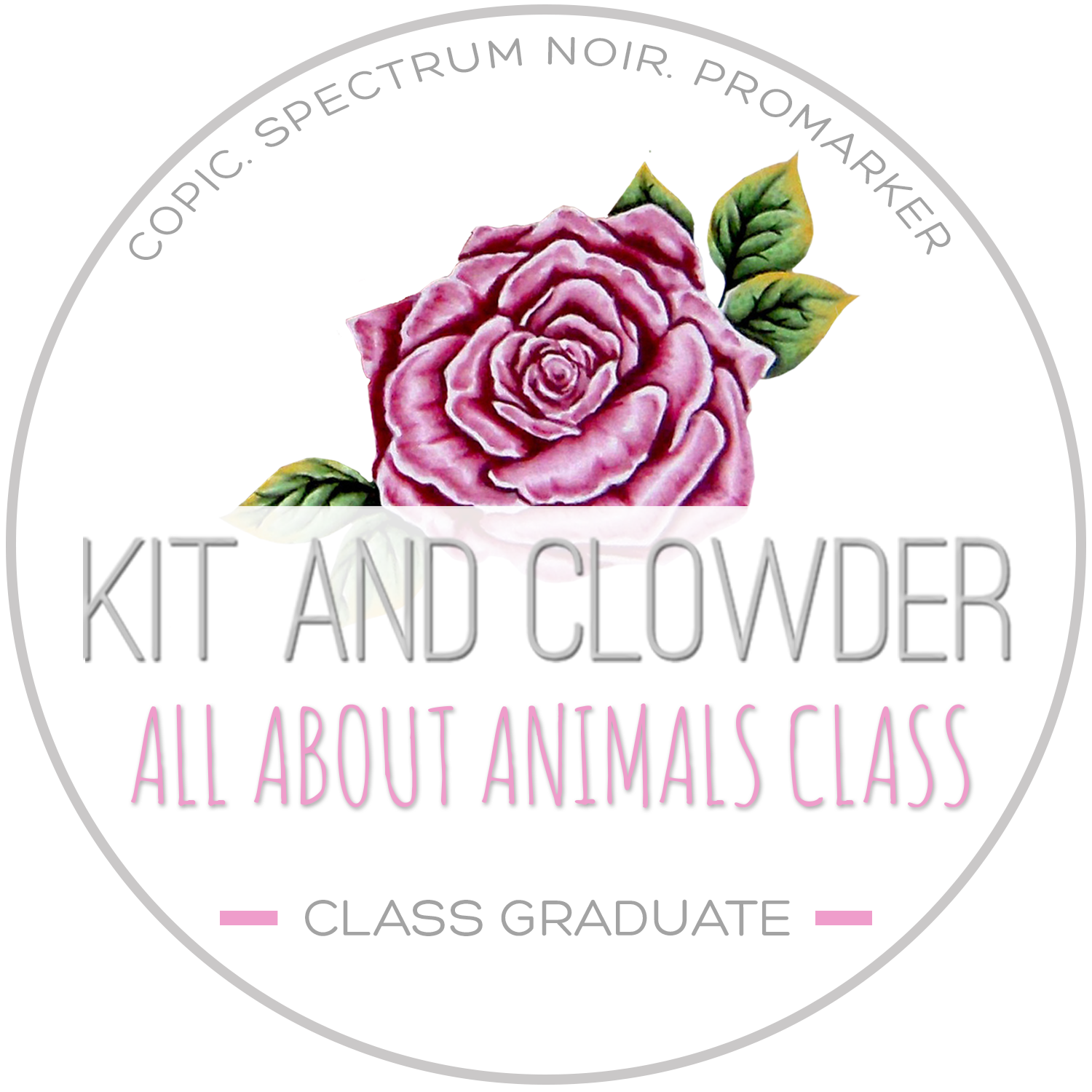 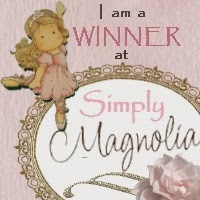 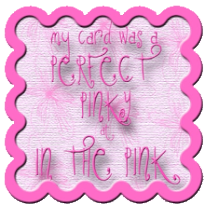 Time for a Magnolia Challenge-May 2014 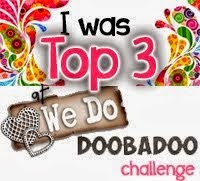 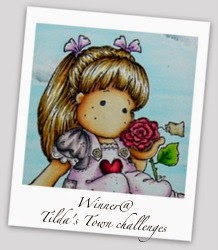 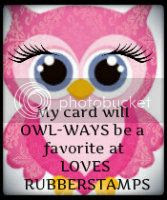 All About Magnolia Challenge blog

Time for a Magnolia Challenge 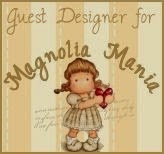 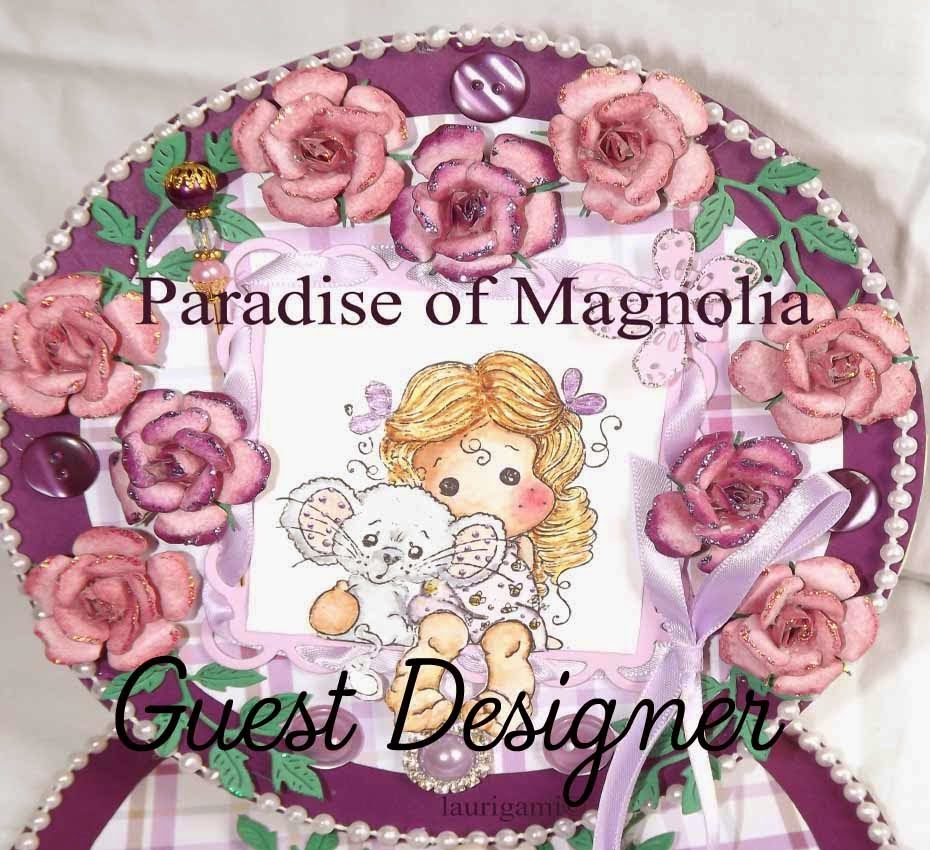 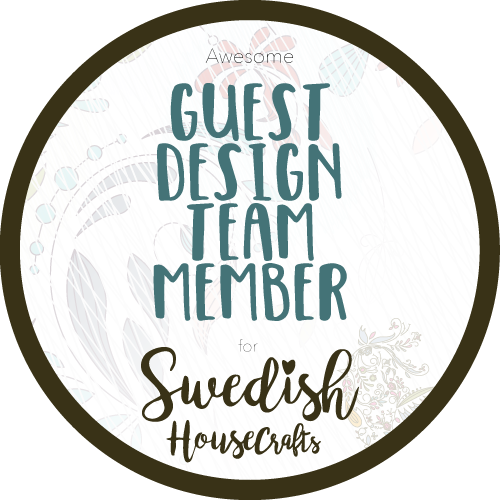 GDT All About Magnolia 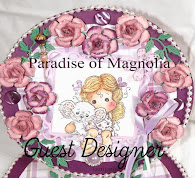 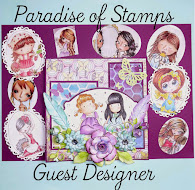 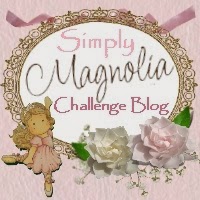 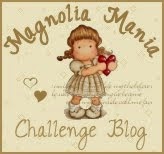 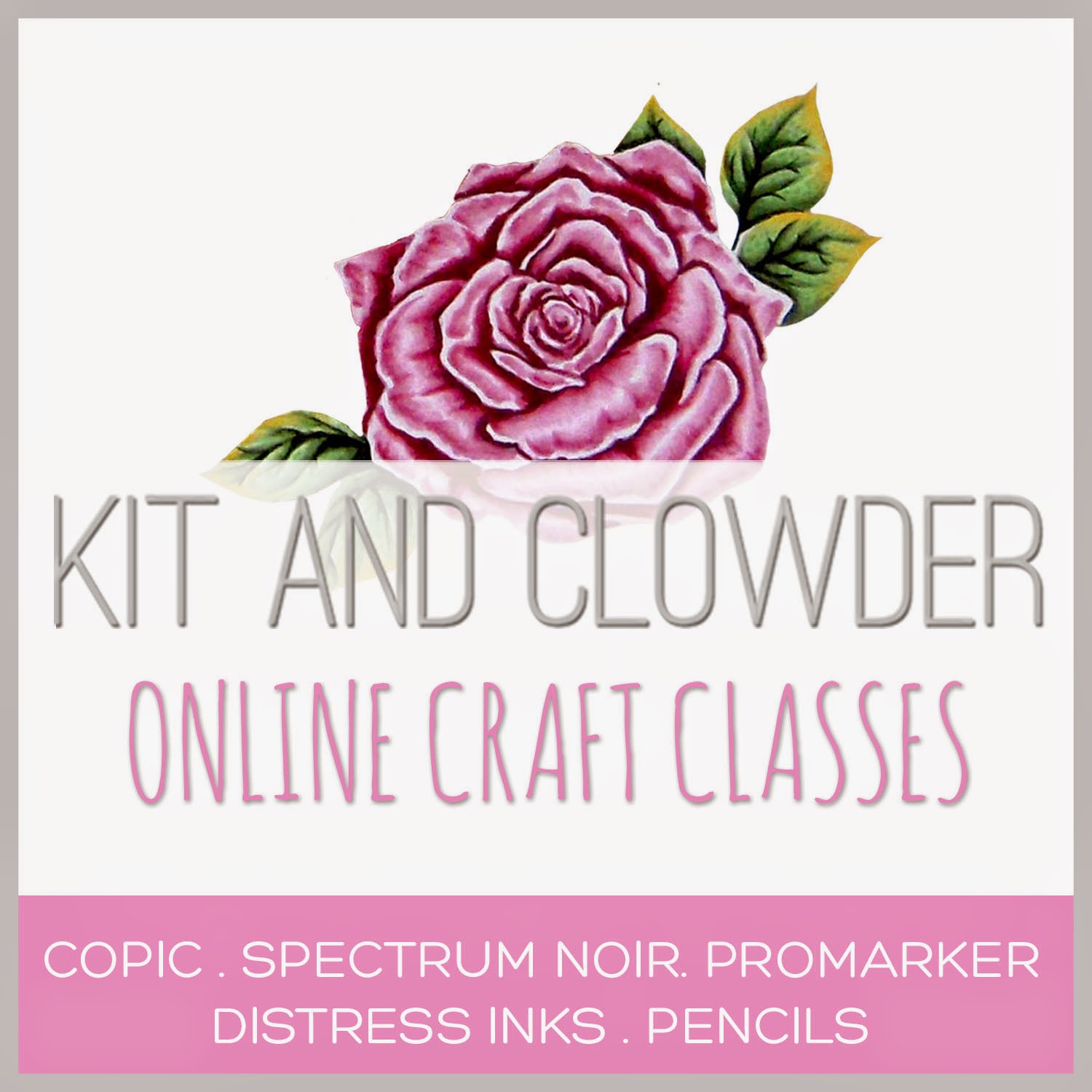 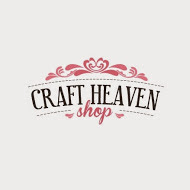 Addicted to stamps and more 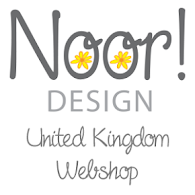 In the Pink Challenge blog!

All about Magnolia Challenge blog 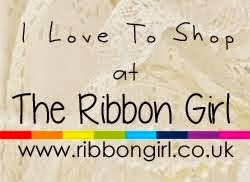 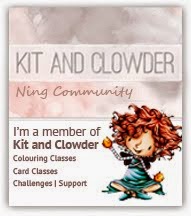 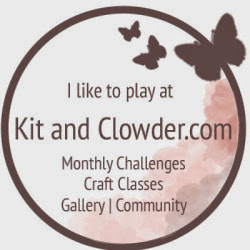 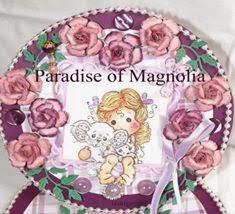